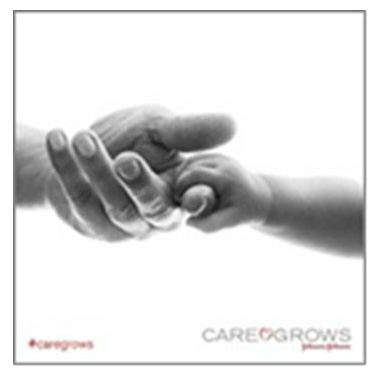 Johnson & Johnson has just launched a new global giving platform called Care Grows.  Care Grows is a website that allows visitors to pick causes that are close to their hearts and donate to them, and Johnson & Johnson will match their donations.  Since everyone has at least one cause that has special meaning and motivation to them, Care Grows will enable people to make a very personal choice in how they give.  The Care Grows platform is a very high tech, modern way to help make the world a better place.  And although it uses the latest technology, it continues and broadens a legacy of very personal giving at Johnson & Johnson that dates back to the earliest days of the Company. 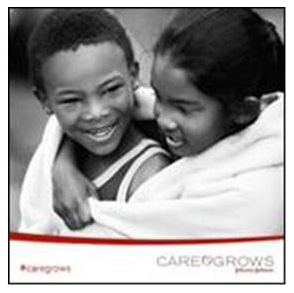 The Care Grows platform centers on helping mothers, keeping kids healthy, raising future leaders, empowering women and building healthy families.  Visitors to the site can select one of three ways to give.  The first way is through Johnson & Johnson’s really cool Donate a Photo app, which lets people donate a photo of their choice to a cause they choose.  For every photo they share, Johnson & Johnson matches their contribution by donating $1 to the cause they’ve chosen.  Another way to donate on the site is through partner organization Catapult.org, which crowd sources donations for projects as varied as supporting mothers and babies in Brazil, helping small business women in Mexico, sending emergency relief to children in the Philippines, and helping empower young mothers in Mongolia.  The third organization through which visitors can donate – and through which Johnson & Johnson will match your gift -- is Save the Children.  This wide variety of choices allows each person to find a cause that appeals very powerfully and personally, a way of giving that has its roots deep in Johnson & Johnson history.

The origins of giving at Johnson & Johnson were very personal, and our archives hold a number of early examples of giving back that were close to employees’ hearts.  In 1889, before he joined Johnson & Johnson, our future Scientific Director Fred Kilmer personally donated medications as part of a disaster relief package from the citizens of New Brunswick to Johnstown, Pennsylvania to help victims of the devastating flood that occurred there on May 31 of that year.

In 1898, when it was discovered that the U.S. Army had greatly underestimated the amount of dressings needed to treat wounded soldiers during the Spanish American War, Company founder Robert Wood Johnson made the decision that Johnson & Johnson would supply whatever else was needed at no extra cost.  Johnson -- whose older brothers were veterans, and who had employees serving in the military during that conflict -- knew that the dressings would be used to save lives.

In 1907, the Company’s women employees in the Laurel Club began Johnson & Johnson’s tradition of employee volunteerism in the community.  The Laurel Club’s monthly dues supported members’ community work, which included providing warm clothing and holiday meals for underserved children in New Brunswick, buying beds for one of the city's hospitals and organizing clinics with doctors for the city’s mothers and babies – three very great local needs over a century ago.

In December of 1936, during the depths of the Great Depression, Robert Wood Johnson set aside some of his personal stock to form the Johnson New Brunswick Foundation.  The Foundation – which decades later became the Robert Wood Johnson Foundation – was originally formed by Johnson for a very personal reason: to help the people of his hometown New Brunswick through the Depression.  The foundation’s giving centered largely around the needs of children and families in New Brunswick, and some of the things it did were very personal:  providing food and clothing to men, women and children; paying for dental work for an orphaned child, and helping provide housing for families who had lost their homes.

Many decades later, Johnson & Johnson is a global decentralized Family of Companies, and our employees around the world give back to their local communities in a variety of ways.  The Care Gives platform is the next evolution in the Company’s long tradition of employee giving, since it allows not just employees, but everyone with access to a computer or a mobile device to become part of a more than a century-old tradition at Johnson & Johnson:  helping people by giving to a cause that’s close to your heart.

This has nothing to do with today's post, but the Shorpy photo blog has just featured a J&J picture from 1951: http://www.shorpy.com/node/16597

In reply to This has nothing to do with… by Anonymous

@Parnassus, that's VERY cool. It's great that they featured an historical photo from Johnson & Johnson. Thanks for pointing it out and sending the link.