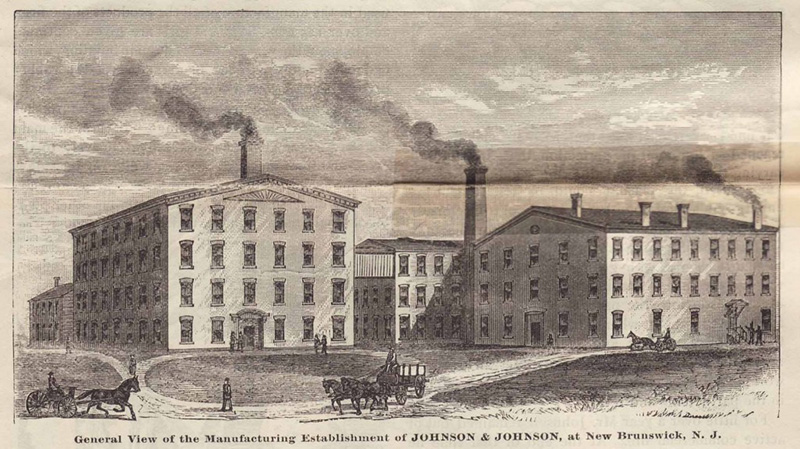 Illustration of Johnson & Johnson from an April, 1887 article in the Detroit Pharmaceutical Era, from our archives.  Our first building is on the left.

Johnson & Johnson opened its doors in 1886 with fourteen employees.  By 1887, that number had grown to 125, and the Company had expanded from the original four-story former wallpaper factory building into several surrounding buildings, overseen by James Wood Johnson, who was in charge of manufacturing.  We also had a sales office managed by Edward Mead Johnson in downtown Manhattan. (It was at 32 Cedar Street, in case anyone’s curious.) 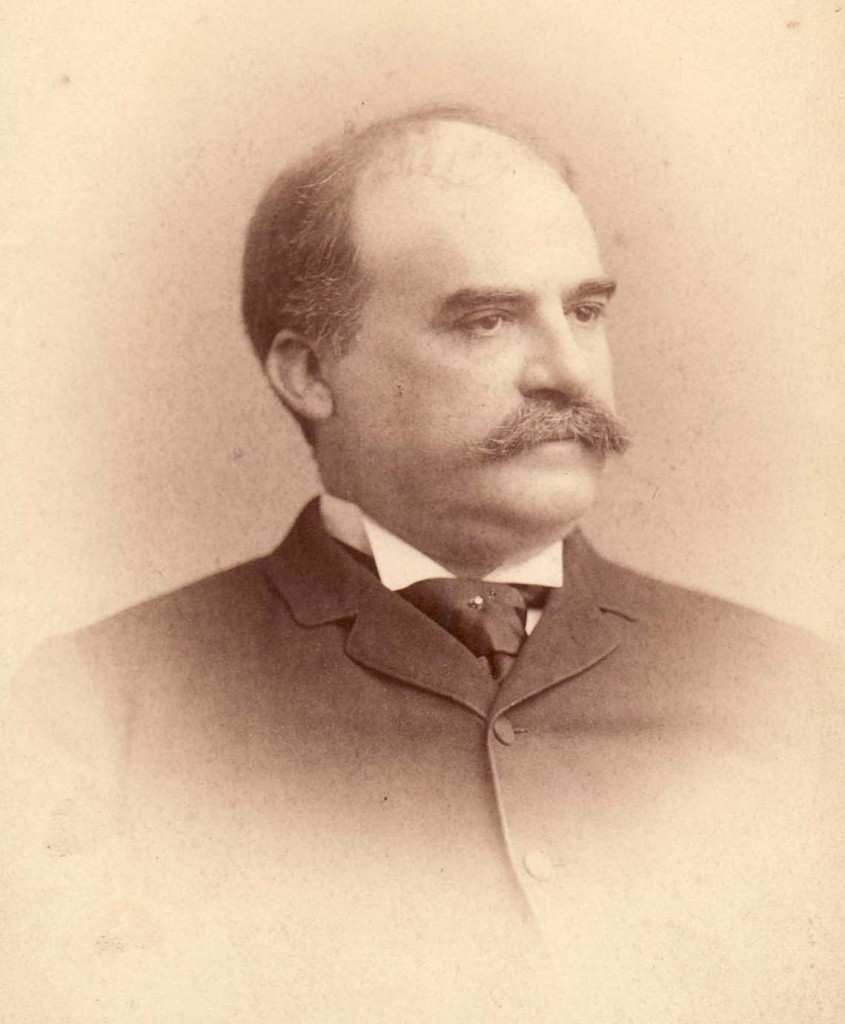 Company founder Robert Wood Johnson initially spent a lot of his time in the New York office, notifying his many friends and acquaintances in the medical products field that he had joined Johnson & Johnson, and helping get the new business off the ground.  In 1887, Robert began spending more and more time in New Brunswick.  The original fourteen employees knew him from Seabury & Johnson, but the newer employees, used to the quieter and more laid back style of James Wood Johnson, were initially in awe of Robert Wood Johnson, who created a flurry of energy and activity wherever he went.  Their first impression of R.W. – as he was known – was that he was authoritative, opinionated and had a quick temper, but once they got to know him, they liked what they saw.  Johnson had the ability to rally and inspire his employees and get them excited about the work they were engaged in – making products that would help save patients’ lives.  “’He injects his enthusiasm, his grit and his faith into everyone else, and when ‘R.W.’ says ‘It’s a go!’ we push forward with all of our strength,’” said Fred Kilmer, who ended up so inspired by Johnson that he sold his business and came to work for the Company.  [Robert Wood Johnson: The Gentleman Rebel, by Lawrence G. Foster, Lillian Press, 1999 p. 69] 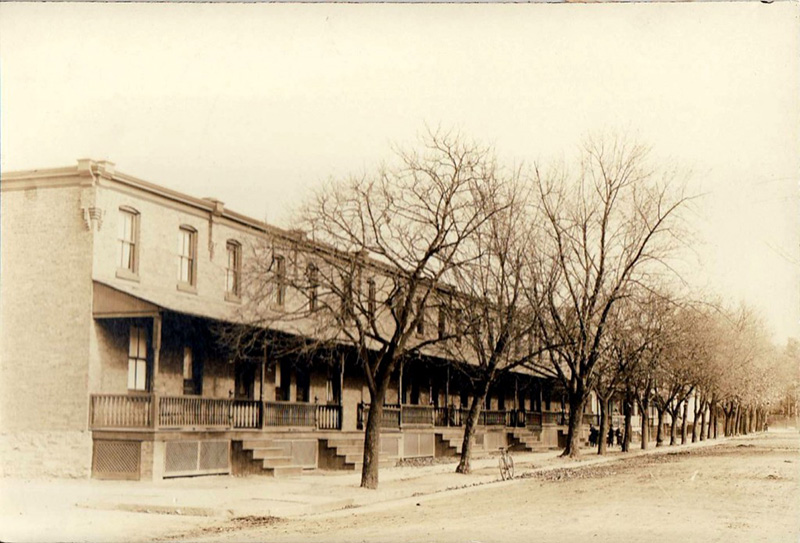 One of the Company's early benefits:  subsidized employee housing on Morell Street in New Brunswick

Johnson enacted a wide range of benefits for employees that made them fiercely loyal to the new company.  When R.W. wasn’t at Johnson & Johnson, he was walking downtown to talk to the local merchants about business.  He also stopped into the New Brunswick pharmacies to make sure they carried Johnson & Johnson products.  One of those pharmacies was Fred Kilmer’s Opera House Pharmacy, right down the street from Johnson & Johnson, and he and Kilmer struck up a friendship that led to Kilmer joining Johnson & Johnson as our scientific director in 1889. 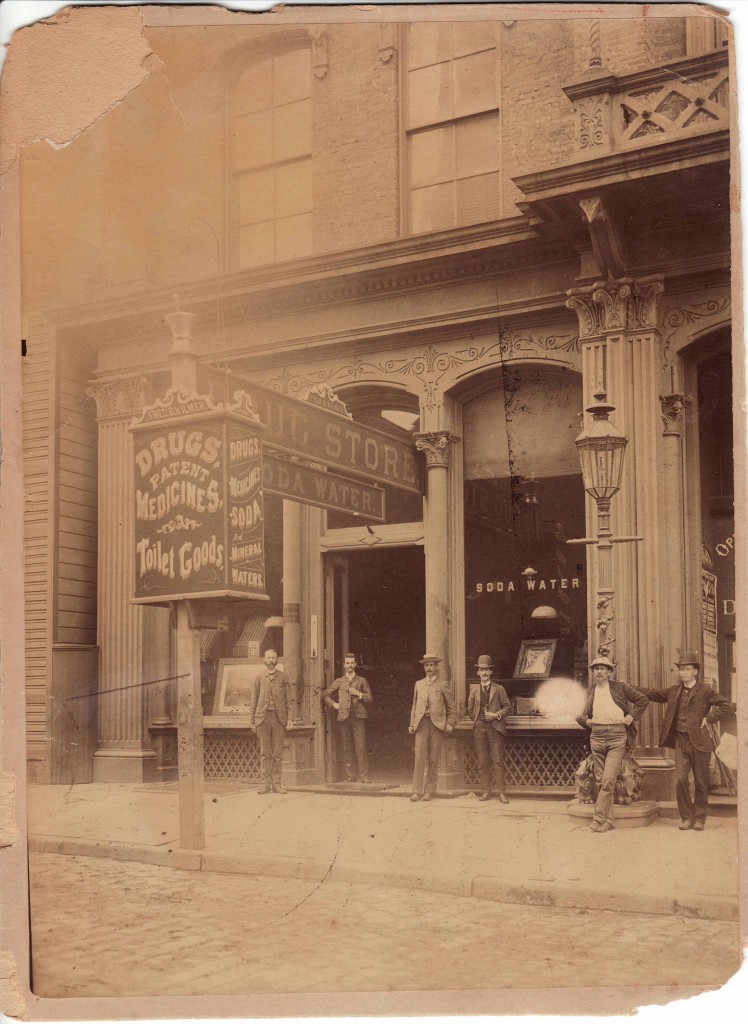 Kilmer was a gifted writer, and he left some vivid eyewitness descriptions of his friend and employer.  Here’s one of Kilmer’s descriptions of Company founder Robert Wood Johnson that paints a picture of what Johnson was like:  Kilmer described Johnson as tall and stout, with dark hair and eyes, and a forceful, outgoing personality.  “‘If you see him you will always remember a peculiar roll of the head which accompanies his laughter and his arguments.  It is performed by dropping the chin, and ascribing there a small circle, of which the spine is the center.  It is a family roll.  He has it and all of his brothers have it…If you get into an argument with him, he will soon utter some dogmatic statement with a determined air and branch off into something else, as if he had settled the subject.  While he is undecided he is willing to listen, but when his course is once settled, I would not care for the job of turning him in another direction.’”  [Robert Wood Johnson: The Gentleman Rebel, by Lawrence G. Foster, Lillian Press, 1999, p. 69] 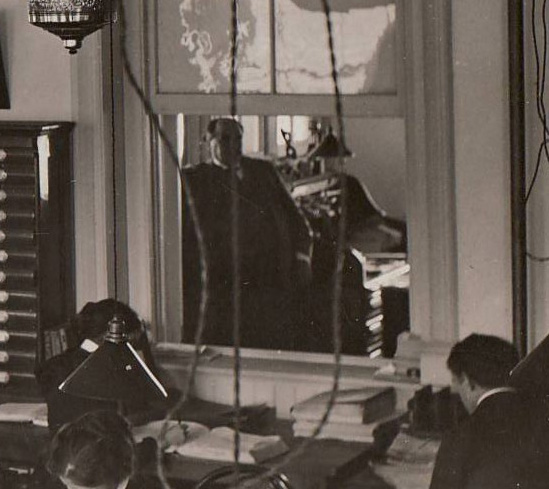 Johnson & Johnson office in 1895, with R. W. Johnson in the window looking out at the main office.

Robert Wood Johnson involved himself in every facet of the new business.  He opened the Company’s mail every morning.  He would gather a few of his managers in a room, and when the sacks of mail were brought in, they opened all of it, sorted it and responded personally to customer orders, inquiries and suggestions.  Johnson had a very good memory, and could rattle off detailed up to the minute sales figures.  He could tell you which products sold in which markets and how much they sold, how much inventory the Company had and how much could be produced and shipped in any time period, and he could recite a wide variety of economic information about the various countries in which we sold our products.

Another facet of the business Johnson involved himself in was advertising.  Johnson & Johnson worked with a young advertiser who had bought a small agency for $500 and renamed it after himself:  J. Walter Thompson.  He and Robert Wood Johnson had been friends for several years, and Thompson personally handled the Johnson & Johnson account.  Johnson didn’t hesitate to write to Thompson with minutely detailed constructive suggestions about how to improve his ads.  (A trait his son, the future General Robert Wood Johnson, would inherit.)  Here’s an example:  “‘I return the sketch and hardly see how you can make an advertisement out of it.  It needs to have a very black background in order to throw out the white letters.’”  [Robert Wood Johnson: The Gentleman Rebel, by Lawrence G. Foster, Lillian Press, 1999 p. 51]  (If anyone’s interested, here’s an ad campaign that Thompson worked on for us in 1910.) 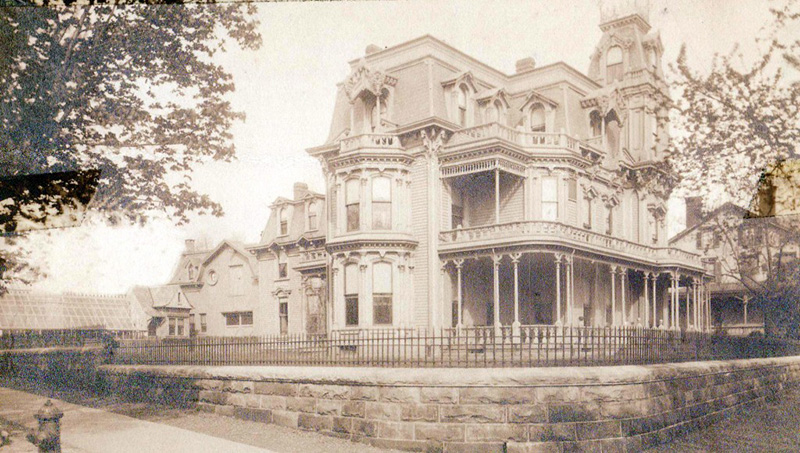 As Kilmer House readers may know, Robert Wood Johnson lived in a big house on the corner of Hamilton Street and Easton Avenue in New Brunswick.  Every afternoon, he walked home to have lunch with his wife and three young children, relaxed for a bit in his library, and then he walked back to Johnson & Johnson to resume his business day. 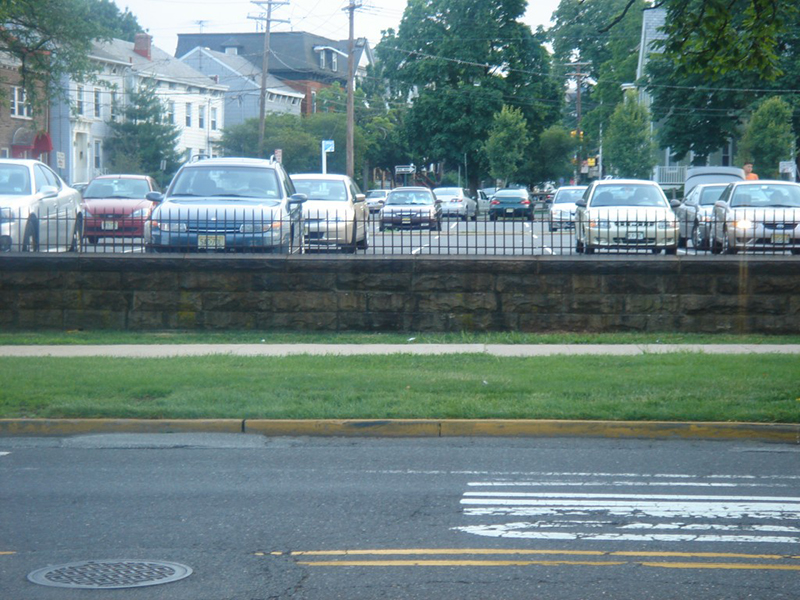 The site of Grey Terrace today -- a Rutgers University parking lot.  Although you can’t have lunch with Robert Wood Johnson the first, you CAN buy lunch from the Rutgers University food trucks that park on the site of Johnson’s former house.  The stone wall and short wrought iron fence that surrounded the house and property are all that remain. 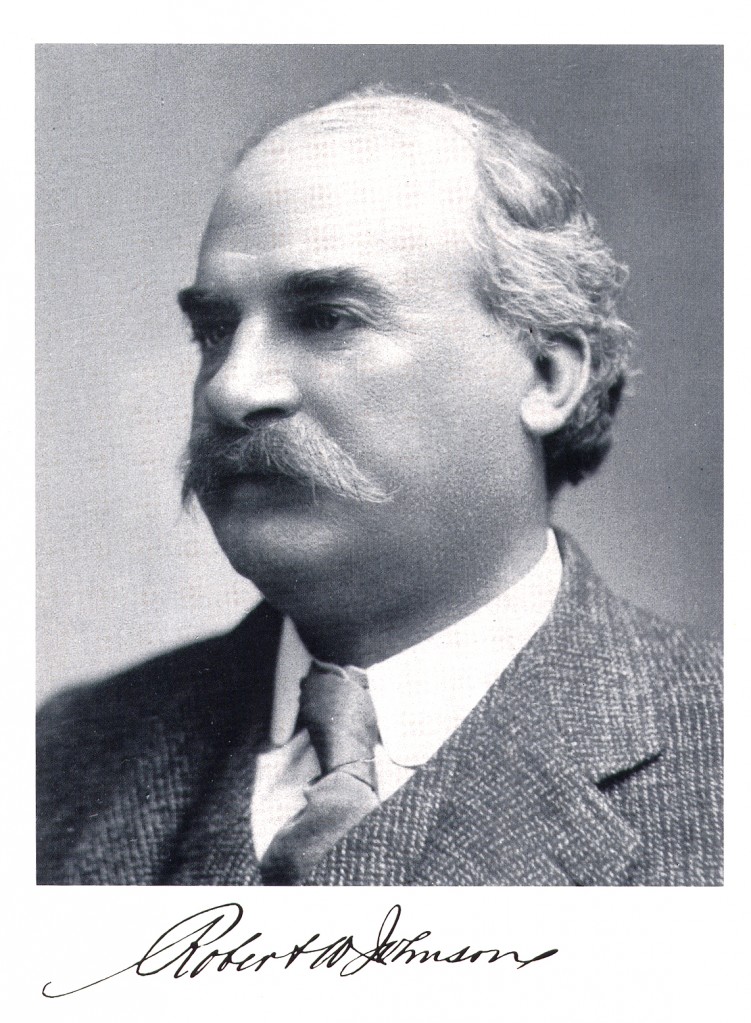 One hundred years later, there are still traces of Company founder Robert Wood Johnson here in the traditions that he started:  disaster relief, support for our employees who serve in the military, and a wide range of employee benefits, not to mention three out of the four pillars of the Company’s operating model:  our broad base in human health (if there was a need in society for particular products to save lives or help people, Johnson saw to it that we developed or made those products), management for the long term and the Company’s value system that would see its full expression in Our Credo, written in 1943 by Johnson’s son.

Here are some quotes from Robert Wood Johnson the first:

“The worst thing that can happen to a man is to lose his courage.”

“Hire men, buy machinery and keep the wheels moving and everybody busy.”

“We are all fortunate, in that we are engaged in manufacturing products to be used throughout the world for the relief of pain and suffering.”

And, of course, when he liked an idea and wanted to move forward with it: “It’s a go!”

I grew up in the 50s and 60s and am very interested in it's early history and photo scenes. .There was perhaps a carriage house off Livingston Ave that always intrigued me