Kilmer House salutes Richard B. Sellars, retired Johnson & Johnson Chairman and Chief Executive Officer (he served from 1973-1976), who passed away this week at age 94. Though only chairman for three years, Mr. Sellars had a 40-year career with the Johnson & Johnson Family of Companies, and he had an impact that continues to be felt today.  Two of the things we owe to him are successfully steering Johnson & Johnson through the tough economic times of the early 1970s, and committing the Company to stay in New Brunswick, New Jersey, where it was founded in 1886. 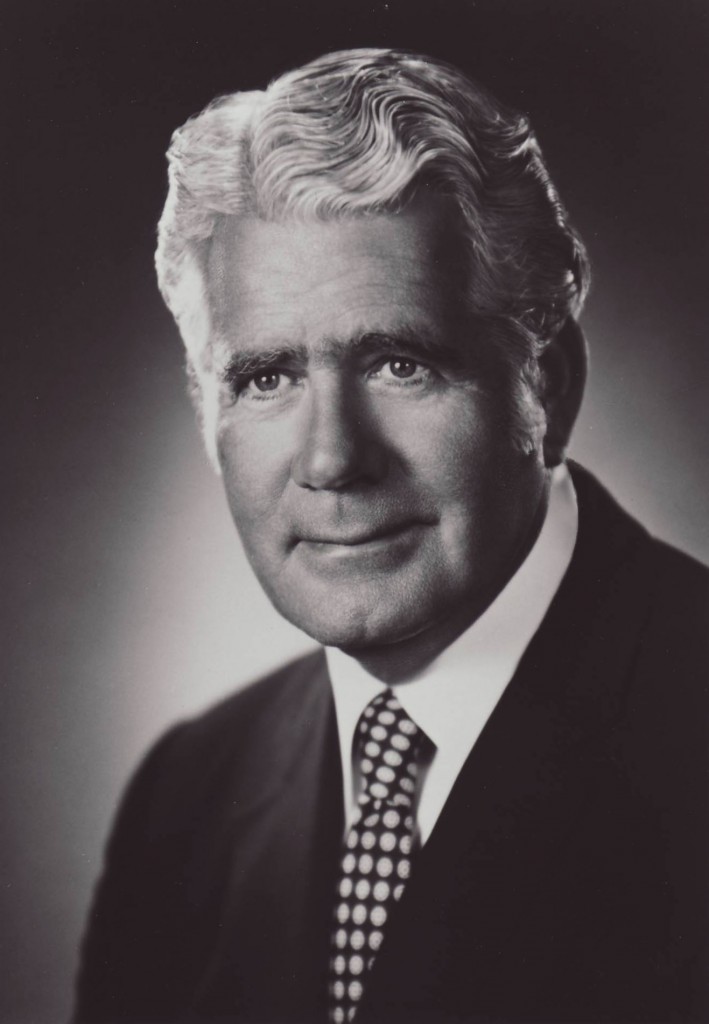 Richard B. Sellars during his tenure as Chairman and CEO of Johnson & Johnson

Richard Sellars joined Johnson & Johnson 71 years ago, at the tail end of the Great Depression in 1939, as a junior salesman for the newly formed Ortho Pharmaceutical Division and 40 years later, he was Chairman and Chief Executive Officer of the Company.  From 1941 to 1945, Sellars was president and general manager of the Canadian Ortho affiliate company, after which he helped establish the manufacturing and sales divisions for Ortho in England and Scandinavia.  In 1949 he joined Ethicon, Inc., which had just been formed out of the Company’s historic suture business that dated back to 1887; remarkably, he was chairman of the boards of both of those operating companies at the same time.  In 1950, he was elected to the Johnson & Johnson Board of Directors (General Johnson was Chairman), and he became a member of the Executive Committee in 1957.  In 1970 he was named president of Johnson & Johnson International, the organization that oversaw the Company’s international affiliates at that time.

Mr. Sellars was a member of management when General Robert Wood Johnson wrote Our Credo in 1943, and he was a strong believer in Johnson’s ideas about the social responsibilities of business as outlined in that document, especially as they related to the Company’s responsibilities to the community. 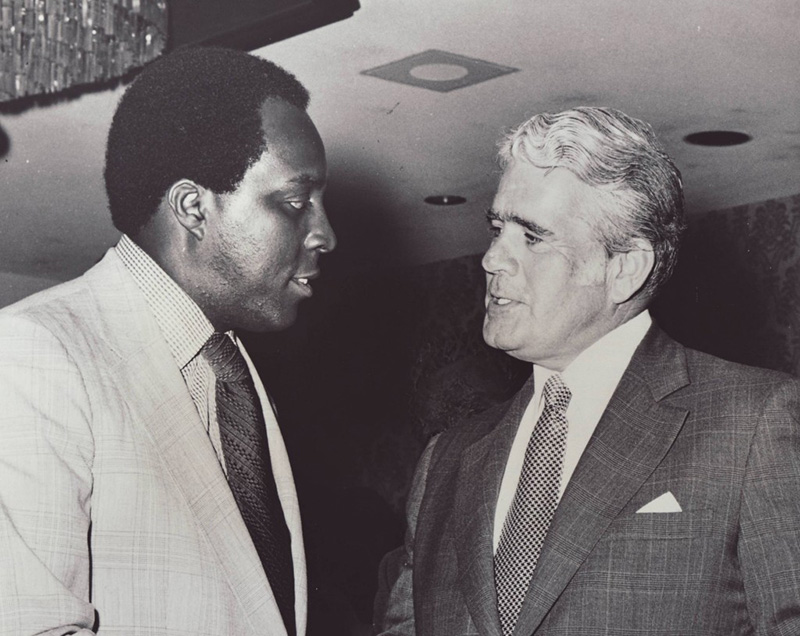 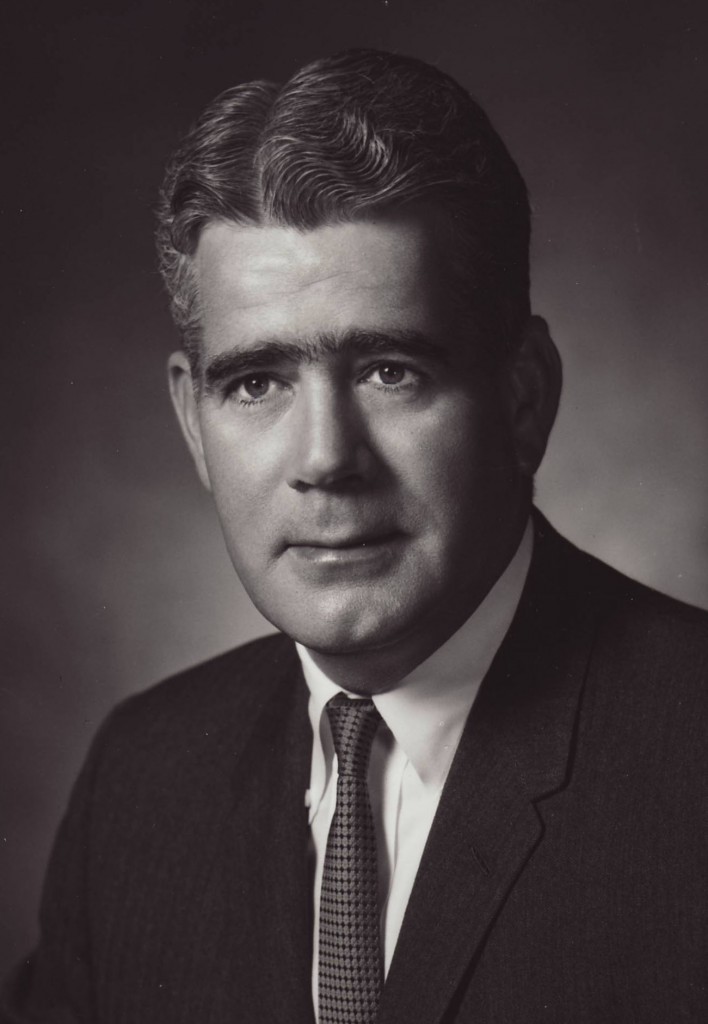 In the decades following World War II, New Brunswick – the Company’s home since 1886 – had suffered a visible economic decline.  Discussions had begun among members of the Company’s management about relocating the Johnson & Johnson corporate headquarters outside of the city.  Mr. Sellars, citing the third paragraph of Our Credo, which talks about responsibility to the community, guided our board of directors to make the decision to remain in New Brunswick, build a brand new world headquarters building here, and help revitalize the city. 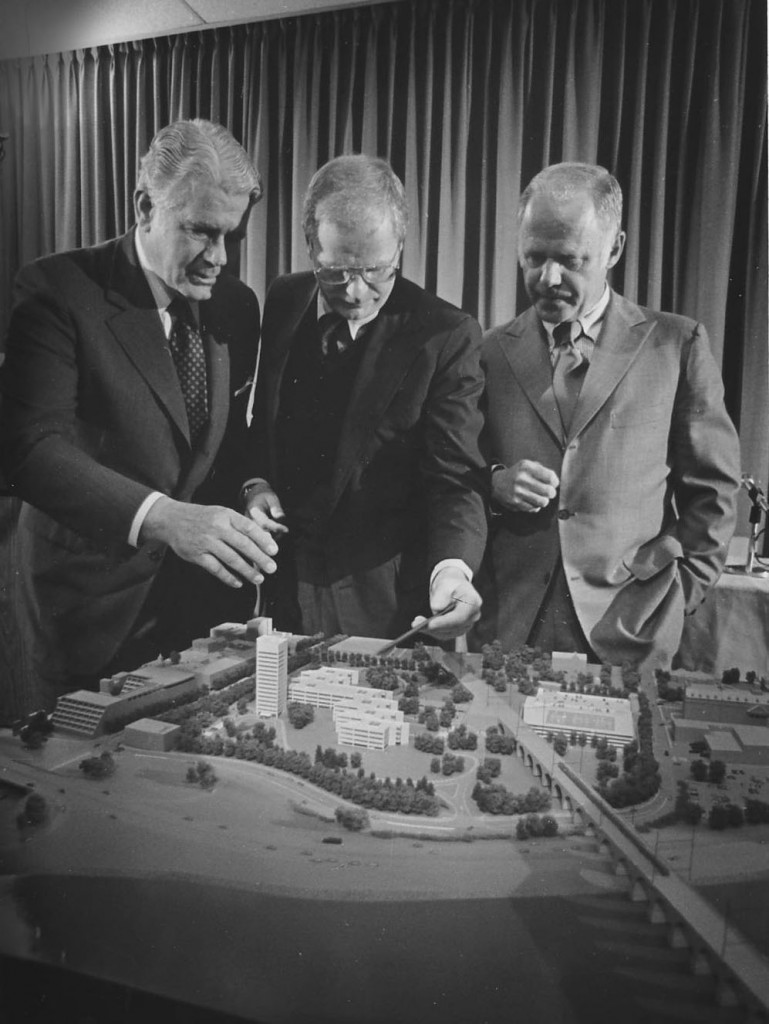 Here’s what Richard Sellars said about that decision, as quoted in Robert Wood Johnson: The Gentleman Rebel:

“‘I looked at the Credo’s commitment to the communities where we work and live…and I reminded myself of General Johnson’s deep sense of loyalty to New Brunswick, his birthplace.  Those two factors influenced the decision to remain in New Brunswick, but I also knew that we would have to work to revitalize the city to make it worth staying here.’"  [Robert Wood Johnson: The Gentleman Rebel, by Lawrence G. Foster, Lillian Press, 1999, p. 614] 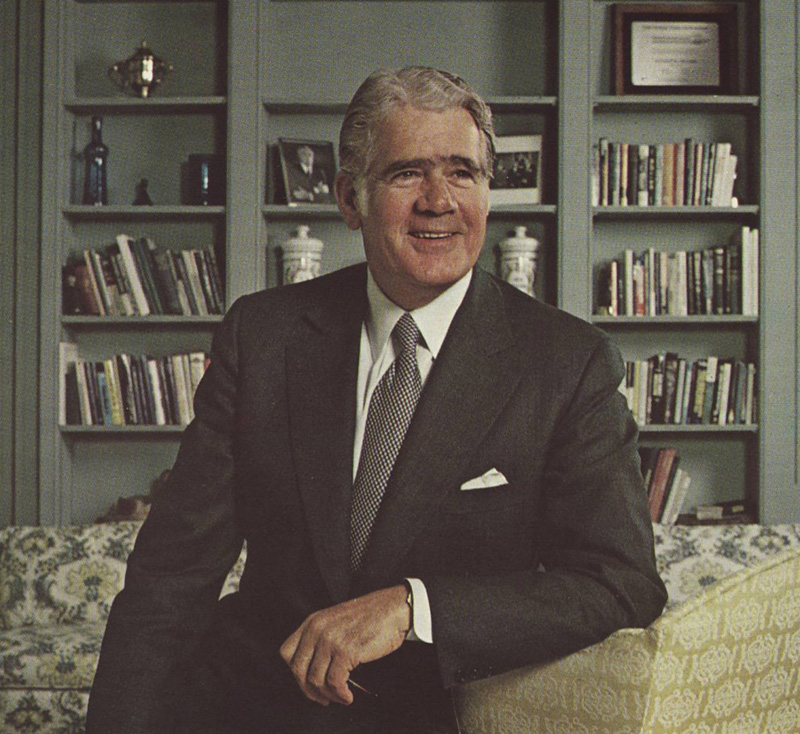 Among his other activities after he retired, Mr. Sellars led the revitalization effort for ten years, putting together local business, university, hospital and civic leaders to form New Brunswick Tomorrow, the organization that led and continues to be a leader in the revitalization.  This partnership between all of the various public and private groups in New Brunswick initiated by Richard Sellars came to be held up as a national model for successful revitalization in other cities.  The centerpiece of the effort was a new world headquarters for Johnson & Johnson designed by the internationally renowned architectural firm of I. M. Pei. 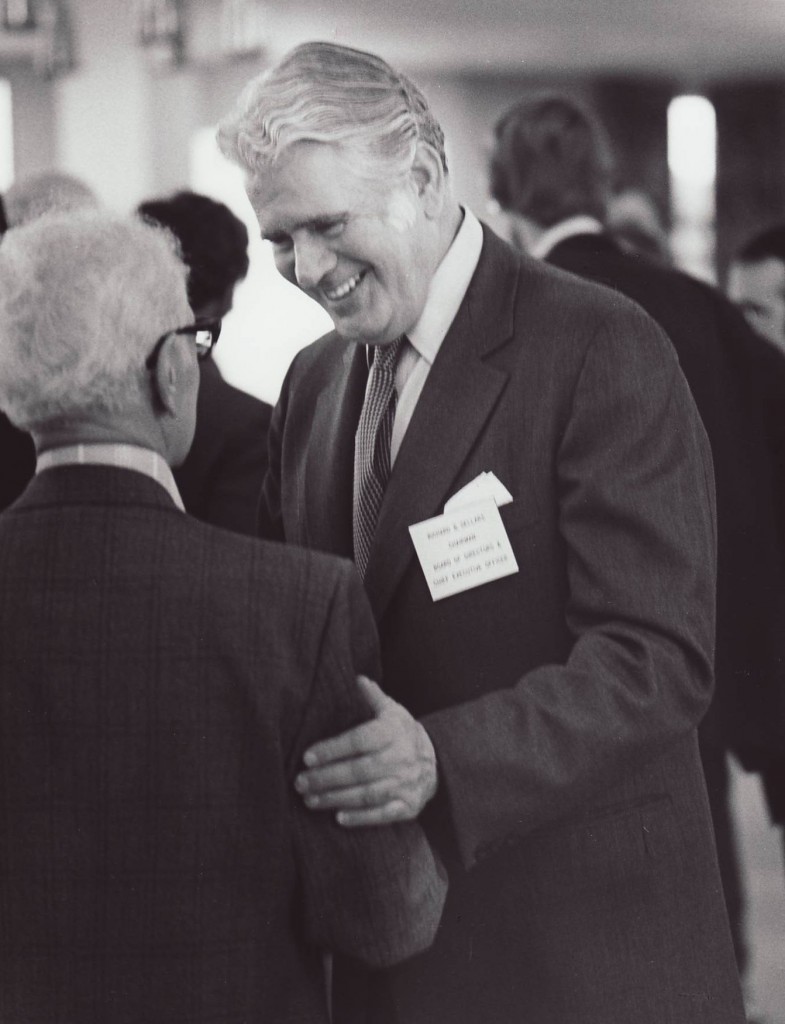 Because of Mr. Sellars’ foresight, Johnson & Johnson employees in New Brunswick can still literally walk in the footsteps of their colleagues from 1886, and Johnson & Johnson remains an integral part of the city in which it was founded by three brothers over a century ago.

he was my great grandfather and the most remarkable man ever met. i wrote this for him.

He brought life and smiles
To all.

There was not a flaw to be found.
In that never lying face
Only stars in his eyes

He is a man of uniqueness
There are few that are able to posses greater wisdom
Maybe none.
But no one can show greater love

And all know
That he deserved nothing but the best
We all know that something more exists
For where could he belong
That is less than magic.
If anyone deserved the best.
You knew who did

All that you look for that is good
You will find in his smile.
I will not forget what I was given
Neither should anyone.

He gave us many things
Teaching us when to be brave
Even now when it difficult
We know that he deserves that much
So we will put in the effort
We will give him our bravery
And of course our love.
And like he told us to with everything in life
We will just give it a try

In reply to by Alyx Sellars

What you wrote is beautiful. Thanks for sharing it with us. From all of us at Johnson & Johnson, our deepest condolences on your loss. Your great grandfather was a remarkable person, and left a great legacy at Johnson & Johnson as well as with his family.