A Chairman and CEO is writing a book.  Having led his company through The Great Depression, he’s concerned with improving living standards to decrease what he sees as a consistent state of scarcity for large parts of the population.  He realizes that his concern about providing goods, services and wages to alleviate scarcity, and in fact the entire future of business itself, depend on something that most people weren’t even thinking about yet:  conserving and sustaining the natural resources of the planet.  The year?  1947.  The business leader:  Robert Wood Johnson. 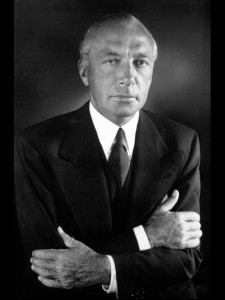 The book Johnson was writing was called Or Forfeit Freedom, and its subject was no less than an analysis of the current state of business, the economic system, and labor-management relations in the 1940s.  Robert Wood Johnson was a straightforward writer, not hesitating to call for change where he felt change was necessary and this book was no exception:  Its full title was actually “People Must Live And Work Together Or Forfeit Freedom.”  In his dedication, to the men and women he’d worked with throughout the years, Johnson reiterated his belief that “…business must and can do its work for the good of humanity.”  [Or Forfeit Freedom, by Robert Wood Johnson, Doubleday & Company, Garden City, New York, 1947, dedication page.]  Since management for the long term had been a guiding philosophy behind Johnson & Johnson since its founding in 1886, Robert Wood Johnson applied that long-term lens to business and economics in general in his book, citing examples from as far back as early hunter-gatherers, through the Renaissance and the Industrial Revolution to the 1940s to make his points and comparisons.

As part of this long term view, Robert Wood Johnson became concerned with -- among other things -- the depletion of natural resources, on which not only business but society depended.  Coming from a business that made products that helped people, Johnson felt that business would be key in helping overcome the problems of the day.  And he came to the conclusion, remarkable for the 1940s, that business itself would not be sustainable without conserving, protecting and sustaining natural resources.   Fed up with the current thinking, or lack of thinking about this issue, he titled the chapter containing these conclusions “Enough Now.” Here’s what he said:

“In producing vast quantities of goods, we must see to it that natural resources are not depleted at an excessive rate.  These include metal-bearing ores, coal, petroleum, gas and forests, as well as the soil on which crops must be grown for food, fibers and plastics.  Water supplies must also be protected, whether they lie at the surface or beneath the ground.”  [Or Forfeit Freedom, by Robert Wood Johnson, Doubleday & Company, Garden City, New York, 1947, p. 37]

“We must use our resources wisely, avoiding waste of both raw materials and scrap, while we seek substitutes for things already in short supply.  We must employ replaceable materials where we can, must let forests restore themselves as we cut, must prevent loss and pollution of water, and must halt wasteful erosion of soil.  Means to these ends are known but are now neglected through habit and ignorance of the fact that they pay.  Sound business demands their employment, just as it demands reduction of waste in a factory or store.”  [Or Forfeit Freedom, by Robert Wood Johnson, Doubleday & Company, Garden City, New York, 1947, pp. 37-38]

To put this into perspective, this was fifteen years before this famous book brought environmental awareness into broad public knowledge for the first time. 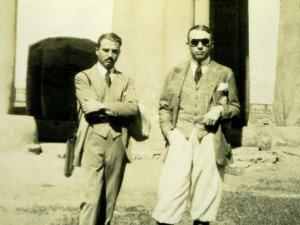 In an earlier decade, Robert Wood Johnson and his brother Seward had given 130 acres of land to Highland Park, the town across the river from Johnson & Johnson headquarters in New Brunswick, New Jersey.  Their father, Company founder Robert Wood Johnson the first, owned a summer house for the family in Highland Park, a farm called Bellevue with an historic farmhouse that had a lot of land and space for his children to play outdoors. 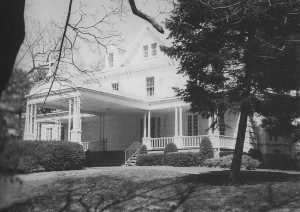 The farmhouse at Bellevue Farm in Highland Park, New Jersey

That 130 acres of land – which makes up Johnson Park -- was donated for use as a public park, and it remains one of the premier public parks in Central New Jersey.  It was the one exception to Johnson’s rule that he or the Company never be mentioned in connection with a grant.  Interestingly enough, the Works Progress Administration, part of the New Deal, employed around 400 men to turn the donated land into a public recreation area, helping fulfill its mission of increasing employment to alleviate some of the worst effects of the Great Depression on families. 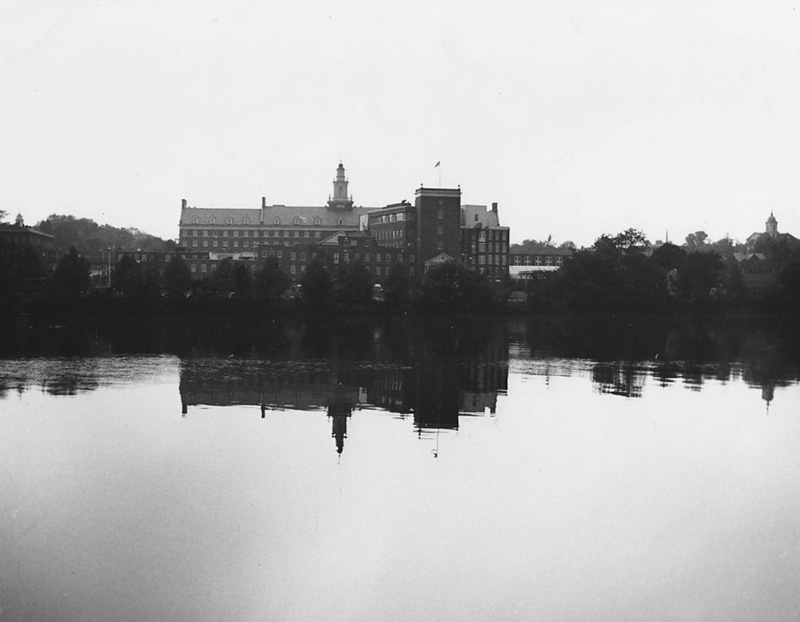 The Raritan River and some of the Johnson & Johnson buildings, including the building (with the flag on top) in which Robert Wood Johnson had his office.

Robert Wood Johnson also felt strongly about the Raritan River, which he could see from his office window in New Brunswick, and he grew increasingly alarmed at the pollution caused by over a century of industry in a variety of towns on the river.  It was especially noticeable and irksome to Johnson that the pollution was washing up on the banks of the parkland that he and his brother had provided to the state several decades earlier.  He was determined to help eradicate this problem, which would take years of effort.  Johnson assigned one of his aides to lead the project and gain support of the communities and industries in the Raritan Valley, and he personally went to countless meetings about the effort.  Eventually, a massive trunk sewer system was built and, according to Larry Foster’s biography of Robert Wood Johnson, he kept watch from his office window as the Raritan got cleaner and cleaner.  [Robert Wood Johnson, The Gentleman Rebel, by Lawrence G. Foster, Lillian Press, State College, PA, 1999, p. 457] 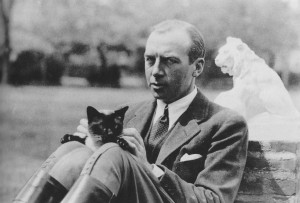 Robert Wood Johnson outdoors at his home, circa 1940s

In 1962, Robert Wood Johnson was recognized by the Garden Club of New Jersey, representing around 200 chapters throughout the state.  He was presented with a gold medal for being “‘a builder of an industrial empire who still retains an interest in community betterment and pays back to nature all he has had to disturb in the name of progress.’”  [Robert Wood Johnson, The Gentleman Rebel, by Lawrence G. Foster, Lillian Press, State College, PA, 1999, p. 476]  Given his interests and his emphasis on responsibility to the community, that award greatly pleased Johnson. 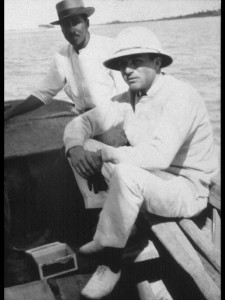 Robert Wood Johnson’s personal experiences, his practice of looking at things through a long-term lens, his management style, and his constant self-education all played a role in his emphasizing responsible stewardship of the environment over 60 years ago.  Johnson had grown up with nature at his family’s summer farmhouse, he had served as Mayor of Highland Park, New Jersey; he liked to sail and be on the water, and he enjoyed horseback riding, both outdoor pursuits.   These things all played a part in his belief that any long term planning for the future had to include what many people now call “sustainability.”

Margaret, this is a great article on sustainability. There are many of us in the company working hard on engaging our employees in the great work that we are doing in this area, and it's nice to know that our focus on this as a company may actually predate the book that was the driver for the modern environmental movement. I'm sharing this post in a post on The Daily Ripple, our daily blog on sustainability issues. Thanks for helping us to understand how deep our roots are in this area.

Yet another revealing fact of Johnson & JOhnson's contribution on nature resources sustainability. The article is great and brings awareness to the employees.
Thanks!!

This was really interesting! I knew our leaders were visionary, but what they talked about in the 40's is now becoming a prominent thing in business. Thanks so much. I will use some of this information when presenting to outside audiences so they can see how long sustainabilty has been in our companies thinking.