When people think of LISTERINE® Antiseptic, probably the last thing they think about is electric guitars.  But they should, because LISTERINE®  and the electric guitar go back more than half a century together.  What was the connection?  It was through Les Paul (1915-2009), one of the inventors of the solid body electric guitar, who passed away this summer at age 94.  The LISTERINE®  Brand sponsored his groundbreaking television show in the 1950s. 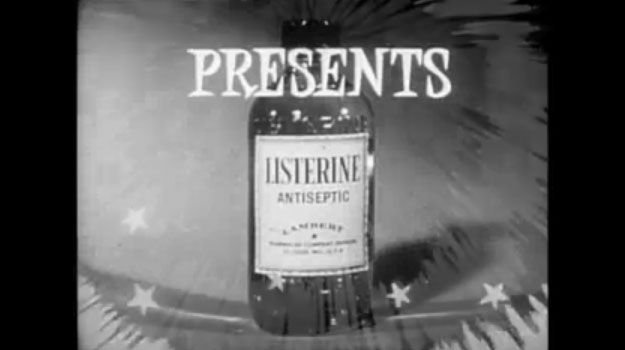 Starting in 1952, the LISTERINE®  Brand sponsored Les Paul and Mary Ford at Home, a five-minute long network television show broadcast from Les Paul’s home in Mahwah, New Jersey.  (That's not a typo -- the episodes were only five minutes long!)  Each episode featured Les Paul and his wife Mary Ford, and some absolutely amazing, incredible guitar playing.  The show ran for 170 episodes. 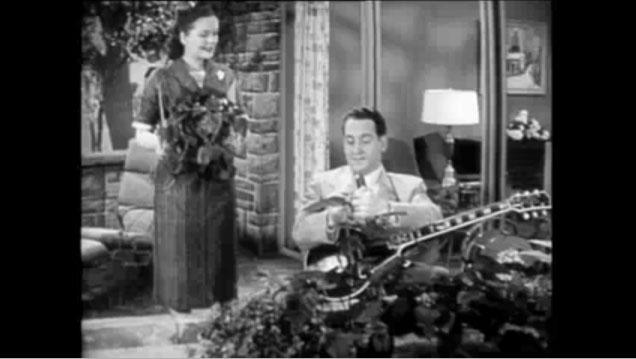 The story goes that Les Paul relocated from Hollywood, California to New Jersey specifically to do the show because Mahwah was close to the headquarters of the Lambert Company, which made LISTERINE®  Antiseptic in the early 1950s.  (The merger that would make them into Warner-Lambert happened in 1955.)  Apparently, the Lambert Company president had heard Les Paul and Mary Ford’s hit song “How High the Moon?” and loved it so much that he came up with the idea for a LISTERINE®  – sponsored TV show broadcast from the couple’s home five days a week.  Les Paul accepted, and moved to New Jersey.  You can read the whole story on the Jazz Times website.

Here’s one of the episodes of Les Paul and Mary Ford at Home.  Be sure to check out the vintage glass LISTERINE®  Antiseptic bottle at the beginning:

And here’s an episode in which Les Paul tries to fix their refrigerator…by serenading it!  This episode also features a vintage LISTERINE® commercial in the middle of the show. 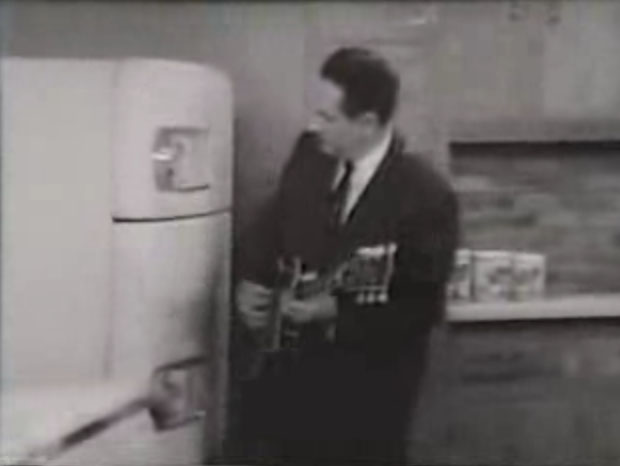 From the video clip above, Les Paul plays for his refrigerator

By the way, not only was Les Paul a pioneer in inventing the solid body electric guitar, he also invented multitrack recording, tape delay and many other things that we take for granted as part of modern music.  Most people know Les Paul for the Gibson Les Paul guitar, one of the most recognizable and iconic electric guitars in the world. 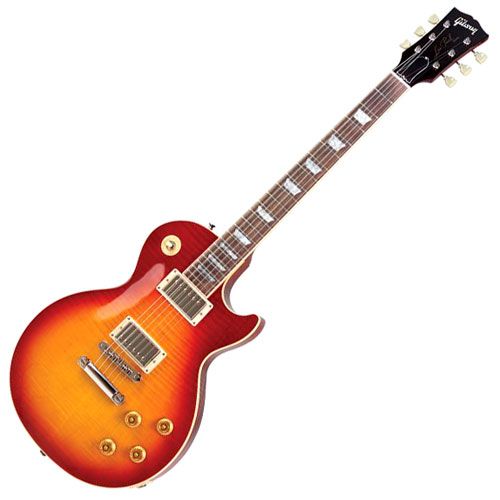 The guitar that needs no introduction:  The Gibson Les Paul

So the next time you pick up that bottle of LISTERINE® in your bathroom, you’ll know that you’re not just holding an antiseptic mouthwash first formulated in 1879…you’re ALSO holding the product that sponsored Les Paul -- the legend who helped make not only rock music but modern recording techniques possible. 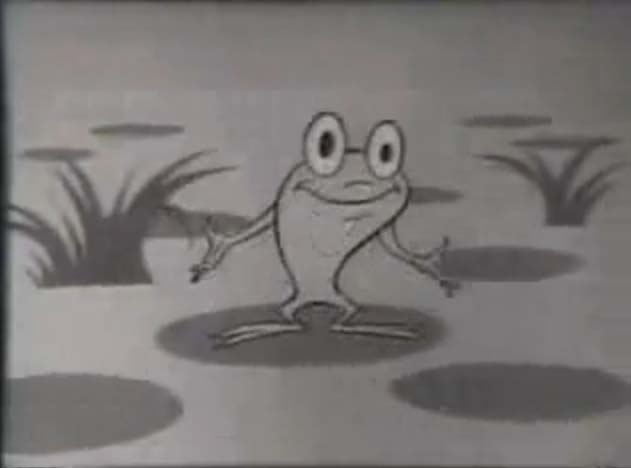 From Les Paul and Mary Ford’s TV show:  perhaps the most interesting LISTERINE® spokesperson…er, spokes-frog, ever.

And because this is just WAY too good to pass up, here’s one last episode of Les Paul and Mary Ford at Home, with a talking cartoon frog advertising LISTERINE® Antiseptic!

I've always been a fan of Les Paul, maybe you should do a new commercial with Johnny A. or Joe Satriani.

The story of the connection between Les Paul and Johnson and Johnson continues to the present day. Some of you may know that a band of Johnson and Johnson musicians recently competed at the Fortune Magazine Battle of the Corporate Bands. The contest was held on October 5th, 2009 at the Rock and Roll Hall of Fame in Cleveland.

The band came in second, but guitarist Dave Tsien was voted the best guitarist of the competition. Guess what his prize was - a brand new Les Paul guitar, courtesy of Gibson Guitars.

That was interesting and a lot of fun - thanks for posting! It's amazing how the Listerine claim has not changed in over 100 years - that's probably a huge part of it's success...keeping to it's roots... and WOW watching Les Paul play was awesome!

These are so cool! You should definitely think about resurrecting this form of advertising as YouTube videos. Don't forget to keep them zany!

Margaret - loved this post! Those clips are a treasure.

I love to read about our company's history and though we cannot take credit for Les Paul and his wife's TV show and music; I'm very happy it will become part of our history. And by the way, Listerine, like J&J is also a household name; what a combination.

I was a close friend of Les' for over 40 years. Over many years, we would discuss just about everything under the sun, and right up till the end, he remained as sharp as ever. I first met him as a kid when I was in a band with 2 of his sons.

In later years, he'd often tell me "I like how you think" and I'd tease him "well, you SHOULD... I learned logical thinking from you!"
He was a very giving and accessible guy, willing to talk and share incredible insights from his long and varied career. And you would just soak up the logic and the wisdom.

This did not happen at a slow pace! In fact, in long conversations, he'd very often call out "TANGENT!" which meant we were changing gears. (You learned pretty early to expect this and that you'd better follow or be left out!) In a typical conversation of several hours, it would not be unusual to cover maybe 30 or more subjects, from music to recording to technology to health care.. to "hey did you hear that Benny Goodman stuff on NPR?" or even "who's a good plumber who could fix my faucet?"

I also grew up next door to Bill Weldon. Another terrific guy - you knew early on he was a natural leader and team builder. His dad became a partner in a small drug store in Ramsey NJ and helped grow it into a then-thriving business. (and also bought one of the only Edsel cars I ever saw up close and personal!)

Les told me that he was given a choice of several sites for the house in both NY and NJ. He remembered driving around and looking at several possibilities Listerine had "pre-screened". He eventually decided on Mahwah but said it was a close call.. he almost picked Alpine. I've spent a lot of time at his house, it is still a completely amazing place and proves how ahead of his time Les was in so many ways.

A lot of the stuff you can see in the Listerine Show clips online is still like that today at Les' house.

One of the reasons the Listerine shows exist in reasonably good quality is because Les had them simultaneously captured on 35mm movie film along with the live broadcast. Many shows of that era only exist as kinescopes and the quality is pretty rough. But Les used a system developed by Alan DuMont ...the same system was used by Jackie Gleason for The Honeymooners. Gleason was originally on DuMont's early TV network and according to Les, that's how he knew about it.

Like J&J, Les was truly an American original - and it was a privilege to know him and learn from him. I hope some of this is useful to others at your fine company, and inspires them to take things to the next level. Biggest lesson from Les was always to push the envelope- you can always improve anything and make it better or easier or more affordable, etc.

Wow -- thanks for posting your personal memories of Les Paul -- he was truly one of the greats. And it's great that you grew up next door to Mr. Weldon, too: I didn't know those facts about him.

Thanks for commenting and sharing your stories!

You should do a new series -- 5 min broadcast from a performer married-couple's home -- for example, Michael Penn and Aimee Mann. They'd be perfect for it they've done things like this in the past (Christmas videos, Acoustic Vaudeville tours). You might do it on Periscope when Periscope enables you to save broadcasts for more than a day; or youtube for now. Make it go viral. Sponsored by Listerine just like the old days.