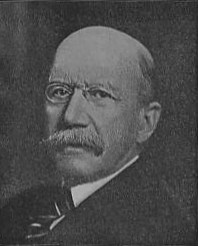 Which former member of the Johnson & Johnson Board of Directors was once ranked alongside of a medical devices company?

That board member was Charles Heber Clark (1841-1915), who wrote under the pen name Max Adeler.  Clark was a former music critic, newspaper writer and widely-read author of short stories and novels.  It has even been argued that one of his stories inspired Mark Twain to write A Connecticut Yankee in King Arthur’s’ Court.

Charles Heber Clark was born on July 11, 1841 in Maryland.  He served in the Union Army for two years during the Civil War, and in 1865 he became a reporter for the Philadelphia Inquirer.  Clark moved rapidly from local reporting to editorials and book reviews, to becoming the paper’s drama and music critic.  He also began writing short stories and, if that wasn’t enough, he was an expert writer on economic subjects.  Clark also managed to find the time to teach Sunday school.  In one of his classes was a boy named J. Ellwood Lee, the son of a local mill worker.  Clark saw the potential in Lee and helped him get his first job at a surgical instruments manufacturer.  Years later, a successful Lee returned the favor by making Clark one of the directors of his company.

Clark’s first of many books, Out of the Hurly-Burly, was published in 1874.  It became an instant international success and established Clark as one of the leading humorists of his day.  According to Fred Kilmer, “Emperor Francis Joseph of Austria enjoyed the book so much that he decorated the author with a gold medal.”  [RED CROSS MESSENGER, Vol. VIII, Sept 1915, Nos. 3 & 4 frontspiece] 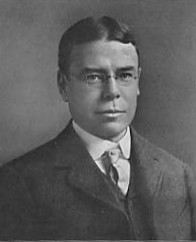 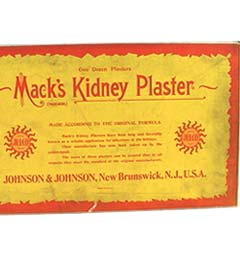 Mack's Kidney Plaster, one of the J. Ellwood Lee Company products gained in the acquisition of the company.

The J. Ellwood Lee Company sold sutures, ligatures, medicinal plasters, catheters, and other medical products.  Robert Wood Johnson, who always kept a close eye on the competition, wrote to J. Ellwood Lee in frustration, because Lee had the habit of cutting prices to beat his competition.  Johnson wrote:  “If you follow the start you have made, in a short time you will be giving away goods and paying people to take them.  When you get tired of this fun, come down to Cape May, take a bath and cool off.”  [Robert Wood Johnson: The Gentleman Rebel, by Lawrence G. Foster, pp. 99-100] 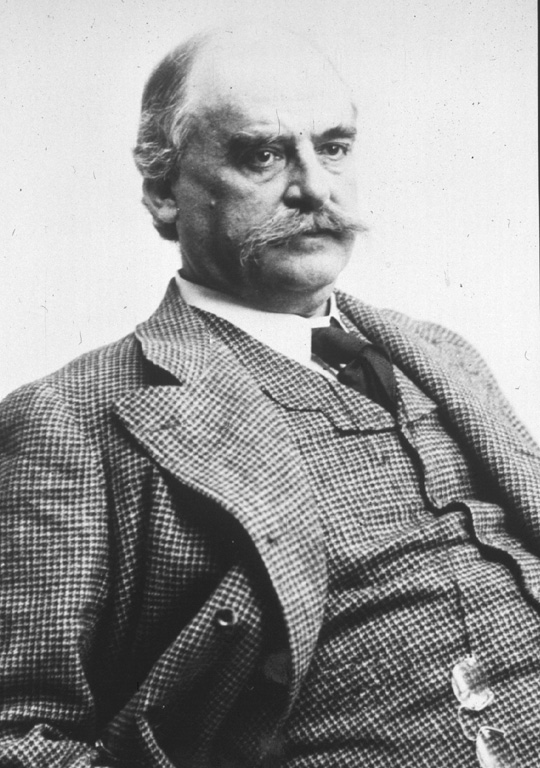 So Robert Wood Johnson made a deal to acquire Lee’s company for Johnson & Johnson stock, the Company’s first major acquisition.  Under the agreement, each company would continue to issue its own product catalogues, although they would now list each other’s products.  Lee and two others (one of whom was Charles Heber Clark) would join the Johnson & Johnson board of directors.   Fred Kilmer was also appointed to the board of directors in the same year, in recognition of his innumerable contributions to the success of Johnson & Johnson.  Clark did some writing for Johnson & Johnson as well, but it was wasn’t the usual humor or fiction that he was known for:  he collaborated with Fred Kilmer on a booklet called “Handbook of Ligatures,” which earned wide acceptance by hospitals and surgeons.

Clark served on the Johnson & Johnson board from 1905 to 1915.  He was an in-demand speaker and was often called on to speak at the major political gatherings of his day.  In contrast to his reputation for humorous and often satirical stories, Clark’s speeches were always serious and, as Fred Kilmer delicately put it, “freighted with statistics.”

Incidentally, J. Ellwood Lee's house still stands, and serves today as the Conshohocken, Pennsylvania Borough Hall.  This site has a picture of the house.

Although many of Clark’s books are out of print, some of them are still available.  If you’re interested in reading one of Clark’s short stories, it can be downloaded here, as can one of his books.

I have a framed (2 frames hinged together).
And, on one side is an old photo of a gentleman with his top hat on, holding a cane with his glove.
On the other side is a poem, titled To Edward G. Kennedy, Esq.
(Centurion)

Mr. Kennedy was the attorney for Mr. Whistler, who helped him get his work out of Europe. They were very good friends.

After much research, Mr. Clark wrote about Mr. Whistler and his mother in one or more of his books.

Yet, there is a piece to the puzzle that I cannot put together. Can you help?

Sorry it's taken so long to reply -- I was out on vacation. I would be happy to help with whatever information we have, but unfortunately, we do not have any information on Charles Heber Clark other than what I posted in this post. Here's the link to the Wikipedia entry on Clark, which explains the name "John Quill" that he used on the photo -- it refers to an ongoing disagreement Clark had with Mark Twain: http://en.wikipedia.org/wiki/Charles_Heber_Clark

Here are two links to Clark's "Elbow Room," in which he wrote about Whistler and his mother: http://books.google.com/books?id=0FwUAAAAYAAJ&pg=PA109&lpg=PA109&dq=whistler+charles+heber+clark&source=bl&ots=BgWybo8-yV&sig=ru_SrNAMDs_XvWjME-czkovpiBg&hl=en&ei=fytXTPWWMYP-8AbAzpygBA&sa=X&oi=book_result&ct=result&resnum=1&ved=0CBIQ6AEwAA#v=onepage&q&f=false and http://www.fullbooks.com/Elbow-Room2.html

Here's a link to Clark's obituary in the August 11, 1915 edition of The New York Times.

Hope this proves helpful to you. Best of luck in your research!