The Factory Behind the Goods

My colleague Marc who writes the JNJBTW blog mentioned something interesting in a recent post: quality correspondents. He talks about a company that, in the interests of transparency and social media, has enlisted some of its customers to tour its facilities and see first-hand how its products are made, and then to write about it on the company’s website. It’s an interesting concept. In fact, there was a company doing just that almost 100 years ago. And the company was…Johnson & Johnson. 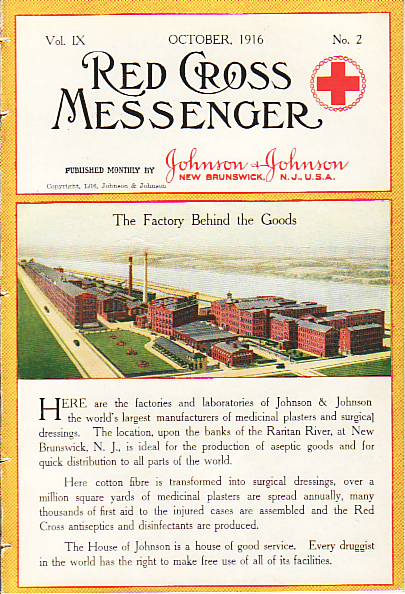 October, 1916 RED CROSS MESSENGER, "The Factory Behind the Goods"

Johnson & Johnson published THE RED CROSS MESSENGER, a publication for the retail pharmacists who sold the Company’s products. (In the days before supermarkets, health care products for consumers were sold by pharmacies.) As I’ve mentioned in previous posts, THE RED CROSS MESSENGERs contained articles on how pharmacists could increase their business and attract customers, explanations of the science behind the products they sold, and information about the products and philosophy behind Johnson & Johnson. The MESSENGERs also published articles, letters and photographs from pharmacists throughout the world. 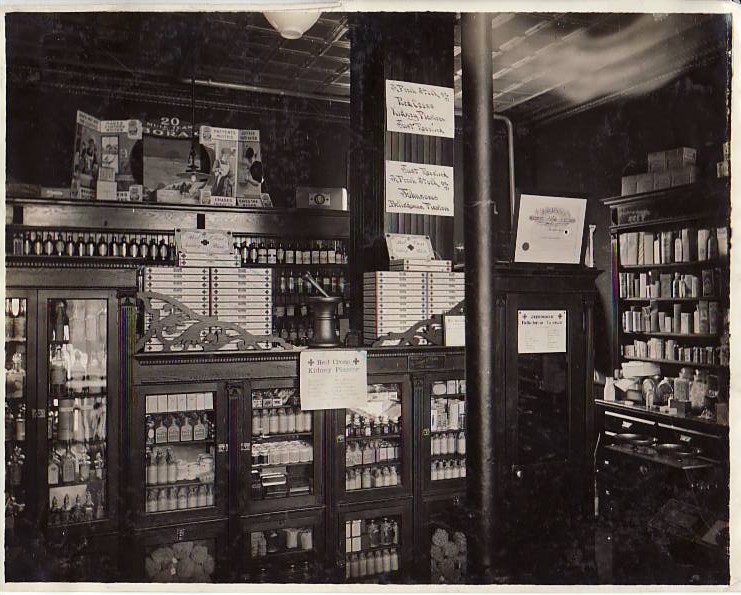 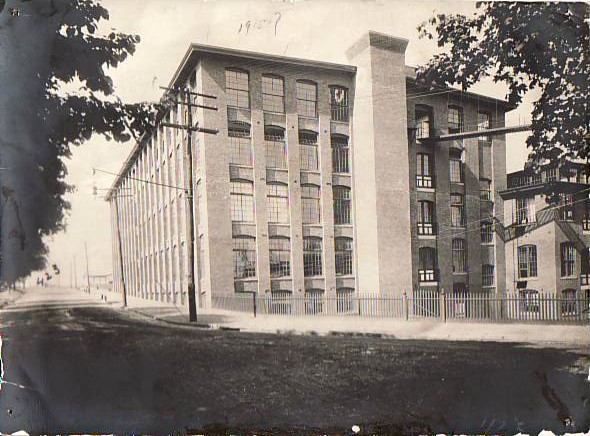 The "New" Cotton Mill, Completed in 1901, Which Stood Where Johnson Hall Stands Today.

The druggist visited the Company’s sales and advertising departments, the shipping department and executive offices. He also toured the Company’s Cotton Mill and Plaster Mill, as well as its other manufacturing facilities, and saw the water filtration system, the printing department (where products labels and publications like THE RED CROSS MESSENGER were printed), the employees’ Laurel Club, and more. 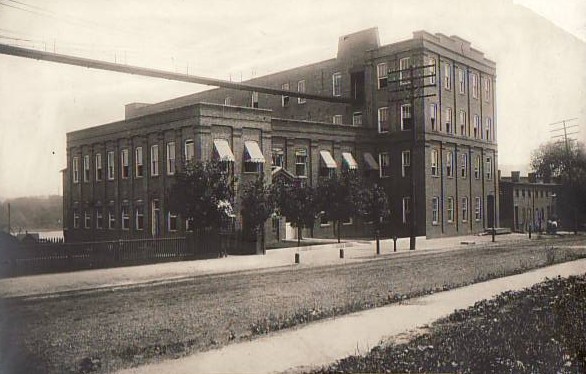 The Offices, with the Shipping and Advertising Departments. The Office Building was later named Kilmer House in honor of Fred Kilmer.

Here’s an excerpt from the druggist’s description:

“In the Red Cross Cotton Mills I watched cotton fibre, from the second it entered the mill in bale form, go through the forty processes necessary to prepare it for the sterilizer and the shelves of my store. I saw it cleaned and made absorbent; I saw it transformed into thread, and then to gauze…Cleanliness was the unbroken rule everywhere, in and about the buildings. Even in the printing department, where thirty or more employees are kept busy with modern machinery getting out the pretty labels and the beautiful artwork, one could wear a Palm Beach suit without danger of having it daubed with ink.” (RCM January 1916, Vol VIII, Nos. 7 & 8, p. 458, “The Factory Behind the Goods.”) 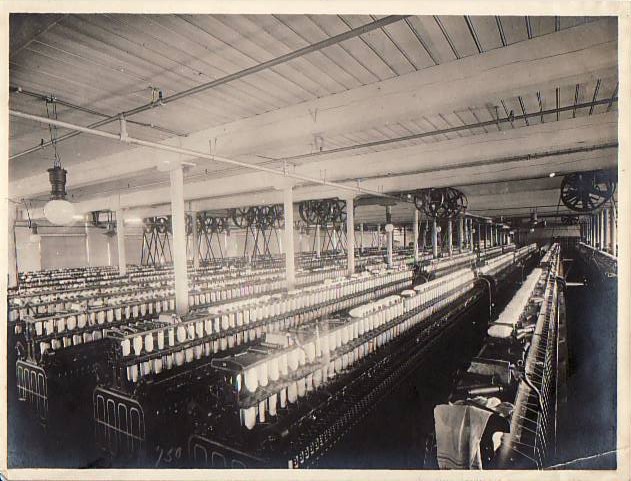 View of Gauze Spinning Machines, inside the Cotton Mill

The visiting druggist also noted that the Company provided good working conditions for its employees, with a swimming pool, emergency medical facilities, a kitchen that prepared lunches, and other benefits, as well as the latest safety measures. He wrote:

“I observed that the factory has its own force of fire fighters with plenty of up-to-date equipment; that it has the fire sprinkler system throughout that it has wide staircases and broad fire escapes.” (RCM January 1916, Vol VIII, Nos. 7 & 8, p. 458, “The Factory Behind the Goods.”)

The visiting druggist noted that all of the Johnson & Johnson facilities were busy, even running a night shift in the Cotton Mill. So why did the Company take the time to give this retail pharmacist visiting the Northeast a tour? In 1916, just ten years after the publication of Upton Sinclair’s The Jungle (which exposed the horrible conditions of the meatpacking industry and led in part to the Pure Food and Drug Act in the same year), conditions at many manufacturing facilities still left much to be desired. The Johnson brothers and Fred Kilmer had always set and continually raised standards for cleanliness and antisepsis, exceeding by far the standards in hospitals of that era, and they wanted people to know it. (For instance, in the days when surgeons still operated in their street clothes and frequently didn’t wash their hands, Johnson & Johnson employees manufacturing sterile dressings wore sterilized uniforms that were changed every time they re-entered the aseptic rooms, and they scrubbed their hands with antiseptic soap.) In addition to its products, the Company had from the beginning put out a number of publications dedicated to improving health care and public health. 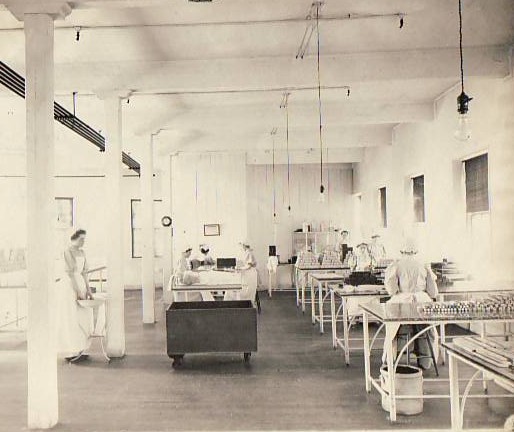 As a result, Johnson & Johnson was eager to show the customers who sold its products – and by extension, consumers and the community – that the good reputation earned by its products and publications was entirely consistent with the way in which the Company was run and its products were manufactured…an early example of what we now call “transparency.”

Hello, I'm from Brazil and just started working at Johnson & Johnson, as a PR, last week. I'm loving this website! It is such a nice tool to get to know the wonderful company's history... Plus, it's a lot of fun!

Hi,
I am a former employee of J&J. One of 5 generations. My Great Grandfather, John Hyle, was an employee in New Brunswick early 1900's or even earlier. He was a self taught engineer with an interest in photography.
I believe I have some pictures on metal negatives of the machinery at J&J.
His daughter, Arinthea Hyle, worked for Mr. Robinson and she said for 55 years. My Grandfather Robert Hussey, worked for ethicon. My father worked for celfibe products in milltown as a papermaker. I worked for Mr. Swan, treasure of Personal Products before moving on to the credit department and then to Sec. to the Controller of Celulose Products, Mr.
Cole.
Are you interested in the pictures and whom can I contact?
Diana Devine Lewis

Five generations of Johnson & Johnson employees in your family...that's remarkable! Your family's time with the Company goes back almost to the Company's founding over 100 years ago. As an engineer, your great grandfather probably interacted with James Wood Johnson, one of the Company's founders and an engineer himself. James Wood Johnson designed the early machinery that was used to make medicated plasters and other products. If you are looking to part with the pictures you have, we would love to have them, although we cannot offer any financial remuneration for the gift. You can contact me at KilmerHouse@corus.jnj.com.